Mamie L. Williams’ name will forever be linked to the Topeka Public School because the Williams Science and Fine Arts Elementary Magnet School was named after her in 1996.  Eleven years after her death, it was discovered that there was no marker on her grave.  The students at Williams Magnet raised money and our chapter donated $100.00 toward its purchase.

In 1996, the Kay E. Meadows Elementary School was named for another Alpha Iota Omega member.  Dr. Meadows made history as the first black women ever elected to the Topeka Board of Education. Two other buildings in the Topeka 501 School District have been named after Alpha Iota Omega members; Holland Student Center for Flossie Holland and her husband, J.B.; and Ross Elementary for Barbara Ross and her husband Merrill.

Through the years, Alpha Iota Omega has been involved in the community.  We continue to grant scholarships and actively participate in community events whenever we are needed.  ​ 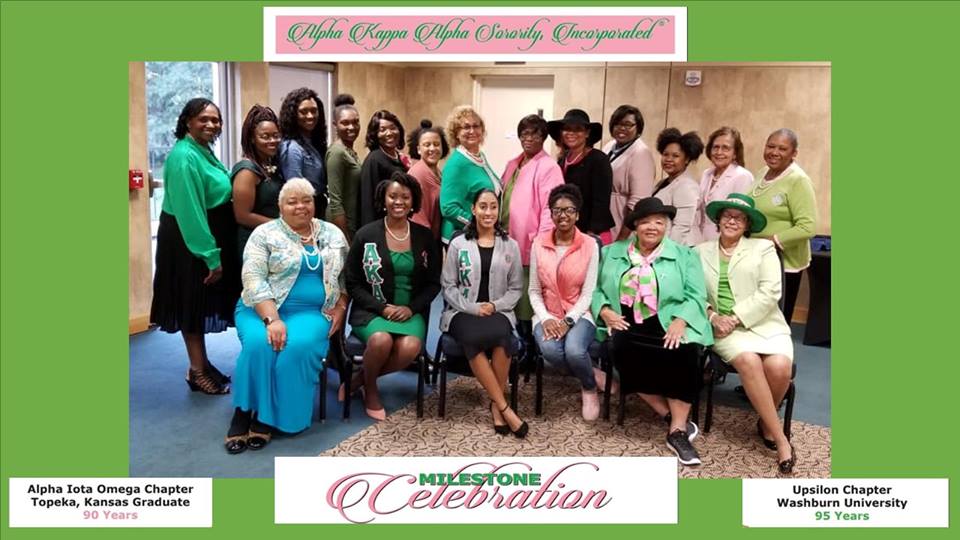